by Sumith Babu
A traditional Kerala dish - Ela Ada made with rice dough using banana leaves makes a great breakfast or an evening snack. Ela Ada dessert is traditional snack prepared in most parts in Kerala and enjoyed during festivals and occasions like Vishu and Onam.

A traditional Kerala dish – Ela Ada made with rice dough using banana leaves makes a great breakfast or an evening snack. If you are a food enthusiast, then you probably want to know more about it. This is one of the traditional dishes in Kerala. Also known as vazha Ela Ada, this Kerala delicacy contains sweet steamed rice dough filled with coconut and jaggery. ‘vazha’ is a term that means banana leaf ‘Ada’ refers to dumpling in Kerala native language.

What is ela ada?

The Ela Ada Kerala recipe is easy to prepare and has all the ingredients that you can quickly found within your local stores. Apart from being a traditional dish in Kerala, Ela Ada elayappam recipe is a prepared meal for special occasions. After reading this article, you will be set and ready to start preparing this right way, using the right ingredients.

How to make the perfect dough for ela ada?

When making this, ensure that you make the perfect dough. This recipe will help you have the best results. The outer cover of this Kerala dish is similar to the Kerala dish ‘pathiri’. Both the outer covering of these two dishes is made of nothing but dough made of rice, a little bit of salt, and boiling water. In most recipes, you will notice that rice flour used in making dough. However, some people prefer using special rice flour found in supermarkets, known as ‘pathiri podi’.

In addition to the above, you also have to consider the dough that you want to use. If you are looking for different ways of exploring other Kerala dishes and trying this, you should look more into making the perfect dough. The dough has to be of the right texture. After kneading the dough, keep it aside. You will divide the dough according to how big or small it is and the numbers you want to make.

Furthermore, you may probably be asking yourself the importance of the banana leaf when making this. Well, there are various benefits of cooking in banana leaf, and they include the following;

From the above benefits, you can tell that banana leaves are of great importance when cooking.

How to make Ela ada without ela?

Ela Ada with soaked rice also gives the final results. The only difference is that you have to soak the rice for hours and ground it into a thick paste. It is an excellent alternative to rice flour. The other alternative is gothambu ela ada (with Wheat flour) or ragi ela ada.

The filling usually made is with coconut jaggery. Jackfruit Ela Ada can also be used. In addition to that, Ela Ada with chakka varatti can also be used. Another great alternative is semiya ela ada or pazham ela ada (banana)

You can refrigerate this for up to two to three days. Be sure to warm it up by re-steaming so that it softens up.

What are the other names of ela ada?

Can ela ada can be frozen?

Yes it can be frozen. You can reheat it and use for your occasions.

What is poo ada?

This is one of the famous snack from Kerala. The stuffing made with tender coconut is specified as Poo Ada.

Is ela ada and modak the same?

What types of fillings can be used for ela ada?

Usually, coconut fillings are used, you can make it sweet or spicy according to your choice. The other fillings you can use are semiya ada, jackfruit ada, banana ada and chakka varatti ada.

How to make Ela Ada without banana leaf

For the people living in Kerala, finding banana leaves is not difficult. However, some people outside Kerala, especially those living abroad, do not have access to banana leaves. Well, not all is lost. You can still use aluminium foil or parchment paper in making this instead of banana leaves.

What dough is used for ela ada?

You can use either roasted rice dough or wheat dough in making ela ada.

Macaroni Pasta Indian Style There are different methods on how to make Indian style macaroni pasta.

This site uses Akismet to reduce spam. Learn how your comment data is processed. 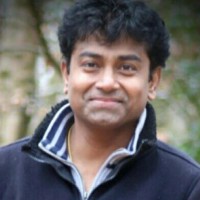 This photo is copyright protected

SCAN THIS QR CODE WITH YOUR PHONE

We use cookies on our website to give you the most relevant experience by remembering your preferences and repeat visits. By clicking “Accept”, you consent to the use of ALL the cookies.
Cookie settingsACCEPT
Manage consent

This website uses cookies to improve your experience while you navigate through the website. Out of these, the cookies that are categorized as necessary are stored on your browser as they are essential for the working of basic functionalities of the website. We also use third-party cookies that help us analyze and understand how you use this website. These cookies will be stored in your browser only with your consent. You also have the option to opt-out of these cookies. But opting out of some of these cookies may affect your browsing experience.
Necessary Always Enabled
Necessary cookies are absolutely essential for the website to function properly. This category only includes cookies that ensures basic functionalities and security features of the website. These cookies do not store any personal information.
Non-necessary
Any cookies that may not be particularly necessary for the website to function and is used specifically to collect user personal data via analytics, ads, other embedded contents are termed as non-necessary cookies. It is mandatory to procure user consent prior to running these cookies on your website.
SAVE & ACCEPT